Praise for The Unraveling of Mercy Louis

“A modern Southern gothic with a feminist edge and the tense pacing of a thriller…Beautiful and awful, enraging and sad, atmospheric and page-turning: an accomplished novel.” *Starred review*

“Cinematic from the start…Urgent, deliciously dark and sumptuously gothic…executed with the instinctive elegance of an athletic maneuver. Like the girls on Mercy’s basketball team, who ‘balance so perfectly between control and chaos,’ Parssinen has an intuitive grasp of language’s vital rhythms…”

“Compelling…Blend H.G. Bissinger’s “Friday Night Lights” and Arthur Miller’s “The Crucible” with Laura Moriarty’s “The Center of Everything” and you would have the flavor of this atmospheric book…this sensitive novel delivers an emotionally satisfying read.” 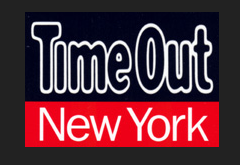 “An impeccably rendered depiction of the strains of adolescence…broadly relevant to our present cultural moment. This is a beautifully written, humane, and extremely compelling book.” -Emily St. John Mandel, June 2015 pick

“Categorizing Keija Parssinen’s second novel is nearly impossible, and doing so would belittle the carefully constructed complexities Parssinen allots to these God-fearing Evangelists and lust-driven golden girls. But it’s safe to say that this is a thoroughly American story, evocative of a cultural pocket in which sports and church, sex and greed, and tragedy and redemption hold equal weight.” -Claire Luchette

“You’ll want to keep turning pages as fast as possible to find out what happens next in Keija Parssinen’s novel The Unraveling of Mercy Louis (Harper). An intricate and suspenseful literary novel that makes you want to slow down to appreciate Parssinen’s rich prose, it’s a heartfelt story full of characters that feel real enough to jump off the page, with plenty of emotional twists peppered along the way…a compelling, thought-provoking story, made all the more excellent by the fact that it’s rare to find a work of literary fiction that gives such serious attention to teenage girls, who often seem to be written off rather than taken seriously, both in literature and in life. .” -Emma Cueto

“The Unraveling of Mercy Louis is suspenseful and disturbing, compassionate and tender, a thought-provoking experience for anyone who’s ever been young and wondered about the past, and the future…A lovely, thoughtful, disquieting story of the effects of small-town pressures on a remarkable young woman.”

“The language is lyrical and the story beyond gripping, but what I enjoyed most about this emotional journey was its portrayal of some of the strongest, most nuanced female characters I’ve read in years. Every woman in the story is complicated, haunted, mysterious, and interesting in her own right. . . This is a book you can truly get lost in, and trust me, you will not want to be found.”

“The book is full of well-drawn characters and dramatic happenings, but at the heart of this novel is Mercy’s realization that she can be more than her town expects…Port Sabine’s obsession with both Mercy and the virtues she represents make this dark coming-of-age story a compelling read. VERDICT Parssinen has created fully realized teen characters in a small, religious Southern town straight out of a Carson McCullers short story.”

“Parssinen’s characters are rendered lovingly, even the most flawed of them, with enough generosity to grow our sympathies into empathy. The teenage girls at the heart of this story are sometimes cruel to each other, but they also look out for one another in ways that no one else can. As one of them says toward the end of the book, “there is grace in serving someone who can give you nothing; and that sometimes love is purest in such needs-meeting.” Parssinen weaves moments of grace and subtle revelation into every character and storyline, adding up to a whole that is ultimately as generous with light as it is with shadow.”

“The Unraveling of Mercy Louis is full of wonderful mysteries…Like life, the book can be unsettling at times, and the mysteries remain messy. Author Keija Parssinen succeeds with her richly drawn characters. Mercy and Illa develop into characters that will become intimately familiar to any woman who can remember her first heated kiss, the high drama of girls in high school, or the euphoria of succeeding at athletics. Additionally, the writing is sumptuous and thoughtful.”

“Vivid imagery…mysteries swirl about the town…Like the best-seller “Gone Girl” by Gillian Flynn, the ending is not neatly wrapped up with all questions answered. That’s life. There is always uncertainty. Unlike Flynn, Parssinen offers hope that better days lie ahead.”

“Parssinen uses narrators Mercy Louis and Illa Stark, along with Mercy’s fierce best friend, Annie Putnam, to show how inner strength, love and support from family can help or break young women as they navigate the terrors of becoming adults. While fictionally fascinating, this novel could be an important read for women of all generations.”

“A deeply multifaceted fable. . . . Set in Port Sabine, a fictional refinery town in the…mysterious bayou country of southern Texas, the story opens with the discovery of a baby’s corpse in a dumpster and…intensifies from there.”

“The Unraveling of Mercy Louis is a rich and compelling novel, filled with intense descriptions of that moment between childhood and adulthood in which all transitions, no matter how healthy, are tricky and wavering…I can’t wait to see what genre-bending Parssinen delves into next.”

“A riveting and touching read, The Unraveling of Mercy Louis is a novel about growing up, about modern expectations for our girls, about fear and the brutality that often goes with it, about love, about talent, about finding a truth that works for you. And it’s a story that won’t soon leave your consciousness.”

“Keija Parssinen has conjured a smartly plotted, fast-paced Gothic brew of superstition, fear, jealousy, conspiracy, politics, money, sex, love, and misogyny…The Unraveling of Mercy Louis is a modern fairy tale that harks back to the Brothers Grimm. It reminds me of a counter-intuitive but brilliant blend of Cynthia Bond’s Ruby and Buzz Bissinger’s Friday Night Lights, a distinctive creation. ” (Best of Texas Fiction 2015)

“This thought-provoking novel recalls the likes of Nathaniel Hawthorne and Arthur Miller with its moral tension and microscopic look into a small town in Texas and the girls who call it home.”

“This small oil refinery town is the perfect setting for Keija Parssinen’s winning Southern gothic novel about high school basketball star Mercy Louis. . . . This book may keep you up at night, but it’s worth it.”

“A suspenseful novel about a Texas town’s golden girl and the mysterious condition that takes her down.”

“Absolutely marvelous…Perhaps Parssinen’s greatest success is her ability to make even the unlikable characters likable, evoking a sympathy for them that I didn’t expect to have…In a way, The Unraveling of Mercy Louis reminds me of Ruby by Cynthia Bond, the latest Oprah book club pick…because both authors delicately handle religious superstitions in a small southern town and leave you falling in love with their flawed characters.”

“Keija Parssinen has created a mesmerizing novel, a high school drama with the bones of a thriller and a furiously feminist heart…I simply could not put down The Unraveling of Mercy Louis...Parssinen has a sharp eye for human interaction, for the way young people are often pawns in the political and cultural arenas. This is a subtle, insightful novel, liable to crawl under your skin and stay there for days after you put it down.”

Praise for The Ruins of Us

A National Geographic Traveler Book of the Month (January 2012)

Long-listed for the Chautauqua Prize

Recognized by the Friends of American Letters

“Keija Parssinen vividly evokes daily reality in the Kingdom. . . . While she portrays the physical and social landscapes with the precision of an impassioned expat, Parssinen also limns-with a wisdom that belies her age-the culture-transcending contours of the human heart.” (National Geographic Traveler)

“Keija Parssinen was a third-generation expat in oil-rich Saudi Arabia, and she summons its atmosphere of fraught privilege in her debut novel, The Ruins of Us.” (T: The New York Times Style Magazine)

“Having been brought up in Saudi Arabia, [Parssinen] knows the background and writes boldly and unsentimentally of a family’s predicament at the edge of cultural fault lines.” (Sunday Times (London))

“Parssinen’s gripping, well-crafted debut tracks the awakening of a Saudi Arabian family to the dangers that lurk within. . . . Parssinen deftly illuminates Saudi Arabian life through a family locked in a battle over morality and cultural chasms.” (Publishers Weekly)

“[An] accomplished debut novel . . . clearly the work of a gifted storyteller.” (The National)

“[Parssinen] digs deep in this narrative, and what she unearths is exquisitely wrought.” (Columbia Daily Tribune)

“Parssinen convincingly inhabits the shifting moods of her characters. . . . Throughout, her prose is artful without being showy, forced, or melodramatic, and her knowledge of Saudi culture informs the story. . . . A fine debut.” (Kirkus Reviews)

“Epic, tragic…an honest and emotionally resonant narrative…In describing this family, half American and half Saudi, Parssinen forces readers to accept and understand Saudi Arabia to some degree, and, like the characters in the novel, to face and begin to overcome their own discomfort with the country — but not without questions.” (Full Stop)

“The Ruins of Us is a stunning debut novel–a love story that spans continents. Parssinen teaches us that while cultural differences run deep, when it comes to matters of the heart, we are all the same. I was dazzled by this book.” (Amanda Eyre Ward, author of Close Your Eyes)

“The Ruins of Us tells a gripping story about Saudi Arabian princes and bureaucrats, wives and extra-wives, sons and daughters, fanatics and exiles. . . . [Keija Parssinen] directs the human and historical traffic with a maestro’s sense of pace, and a true storyteller’s sense of consequence.” (Scott Spencer, author of Man in the Woods)

“The Ruins of Us is an arresting story of family and country. Parssinen’s characters are richly conceived and her evocative petrol universe of wealth, privilege, and intrigue is unforgettable. Powerful storytelling that is refreshing and entertaining.” (Anthony Swofford, author of Jarhead)

“This stunning novel explores some emotionally explosive territory–what happens when a Muslim man takes a second wife after many years of marriage to his first one. Parssinen handles it with grace, intelligence, and gorgeous prose–a transporting and beautiful book.” (Zoë Ferraris, author of Kingdom of Strangers)

“In The Ruins of Us, Parssinen’s characters capture all the complexities, aspirations, ambiguities, and sheer hypocrisy of Saudi society today. A notable achievement and a page-turner. I could not put it down till I had finished.” (Dr. Roger Allen, Sascha Jane Patterson Harvie Professor Emeritus of Social Thought and Comparative Ethics, School of Arts & Sciences; Professor Emeritus of Arabic & Comparative Literature. University of Pennsylvania)

“A big, brave novel, Keija Parssinen’s The Ruins of Us takes us behind the compound walls of Saudi Arabia and into the secret passions that threaten to tear one family apart. Step into Parssinen’s sensual prose and be transported.” (Anna Solomon, author of The Little Bride)